While from the outside laziness and procrastination can look the same, what is going on inside the people doing these things is fundamentally different.

Laziness is about not being willing to put in the work and energy needed to do something.

Whereas procrastination is about feeling unable to put in the work, despite really wanting to.

Laziness is a choice

As strange as it may sound at first, laziness is a choice, in the sense that you don’t want to put in the work or energy so you don’t.

You might choose to have a lazy Sunday where you take it easy and don’t do much.

A lazy person, despite its negative connotation, is simply a person who doesn’t want to put a lot of extra work or effort into something (e.g. in life or their job).

Sometimes people also refer to being lazy as having a lack of energy or a feeling of tiredness.

You might say “I am feeling lazy today” when you feel a lack of energy. Being tired is of course not a choice (but perhaps a consequence of certain choices you have made) but we will get back to this later on.

But isn’t laziness a bad thing?

Laziness has a negative connotation because as a society we tend to want individuals to contribute as much as possible and being lazy is seen as a detriment to overall society.

But there are many cultures where being lazy (by other culture’s standards) is accepted and even the norm. And while those societies might have a lower GDP, the people living there tend to be happier and live longer. Productivity is not the only value system.

In my opinion, as long as being lazy doesn’t come at a large cost to others, there is absolutely nothing wrong with choosing a relaxed life where you avoid any extra effort or work. Everyone should live their life how they want to. And life thrives on diversity.

Procrastination is not a choice

As a procrastinator you want to get lots of things done, but you feel unable to.

Many procrastinators describe having a strong inner resistance that feels like a barrier between them and the tasks at hand.

Procrastination at its core is a failure of self regulation or more specifically, emotional regulation.

A task elicits a negative emotion (e.g. fear, boredom, frustration etc.) so the natural instinct is to avoid it.

While it is technically possible to go ahead and override this instinct, for a chronic procrastinator the emotions are often too strong to overcome.

In summary, with procrastination there is a disconnect between what you want to do and what you end up doing.

This is why procrastination leads to so many negative secondary feelings such as hopelessness, frustration with oneself, self hatred and even depression.

Procrastinators tend to not be lazy

What is interesting, is that many procrastinators are actually very driven individuals and anything but lazy.

Procrastinators often have very high standards for themselves and ambitious goals they want to achieve.

If you have started to feel “lazy” over a period of time and are bothered by it, you might be suffering from burnout, depression, or another underlying health problem.

Laziness in this context refers to a general lack of energy (physical or mental) or a feeling of tiredness.

Am I lazy or procrastinating?

If you are bothered by your lack of activity, ask yourself what is the main thing holding you back:

Is it a feeling of dread, overwhelm, fear, a sense of inner resistance to getting started? Then you are likely suffering from procrastination.

Or is it a feeling of exhaustion, tiredness, mentally or physically where it feels like taking action is too much of a struggle that keeps you from taking action? Then your issue might be burnout or some other underlying health problem.

For most people suffering with chronic procrastination it is a mix of these two things. Both are associated with long-term stress, so it is a positive feedback loop making all these issues worse.

If, on the other hand, you just tend to not be interested in doing certain things because you don’t really see the point in doing them, then you might just be someone who has a different value system than the people around you. It is often other people or comparison to others that make us feel “lazy” or like our laziness is a problem.

Ask yourself if you are OK with the level of effort you are putting into life and what you get out of it. If so, then carry on.

Procrastination is a complex beast. But it is far from an automatic death sentence for your dreams and aspirations. Even if it often feels that... 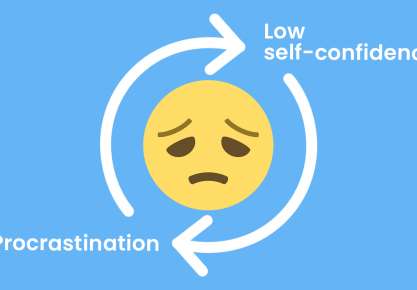 Procrastination is a complex issue. Many people think it is simply laziness, or a time management problem, but in reality it is neither of these...